Life has been busy

Well, it was busy. As of late I've been spending a lot of time doing nothing, which is equally great, but two weekends ago I was busier than ever.

On Saturday, I went shopping with Ayame and her friend, Janie. We looked at a lot of stuff but I found a whole lot of nothing, though Janie found some great finds and put a dent in her wallet. We met up with Shuji later and ate some AWESOME Indian curry with naan bread and it was delicious and amazing, 5/5, would go back again. Afterwards, we went bowling, and it turns out I'm about as good as bowling in Japan as I am in America. That is to say, I have crap skill. But it was still fun, and a few strikes were had, and then we went to a Purikura machine to end our night. 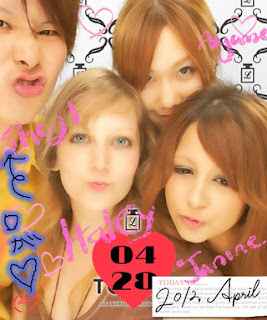 It's the only way to properly end an evening in Japan.

I had left so late that I almost missed the last train back, but thanks to Shuji, I made it back on time, and made it safely home.

We had that Monday off, so me and many others decided to go to Little World, where you can visit over 18 countries in a single theme park! Each country had its own village, which included food from there, along with typical attire to wear for that culture, and stores where you could buy souvenirs, jewelry, clothes, food, etc, all from the country you were visiting. It was actually really fun, it made me feel like a world traveler. I won't show you all the pictures - they're on my facebook - but a few snippits to get the idea. 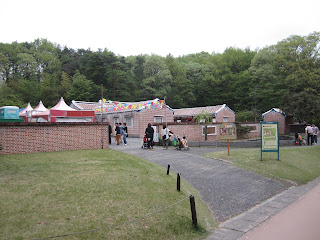 We started with Taiwan! 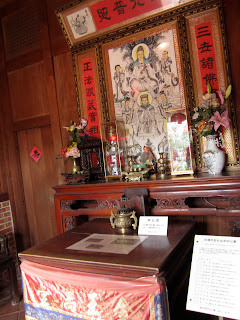 Inside a Taiwan house 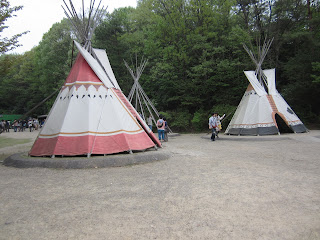 They had a village for America pre-colonization 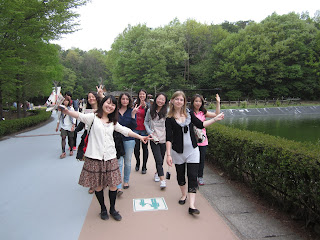 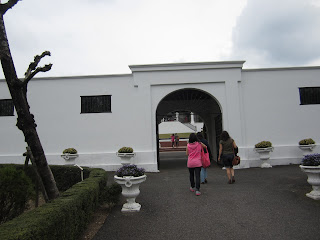 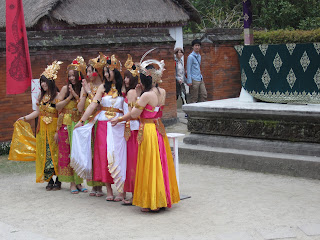 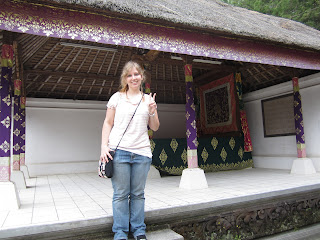 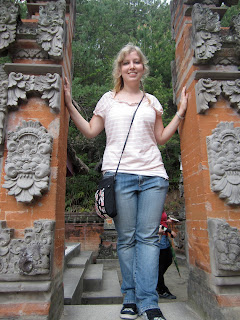 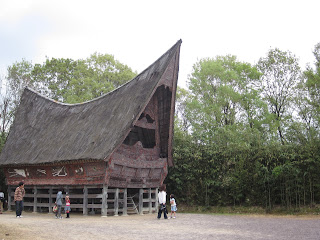 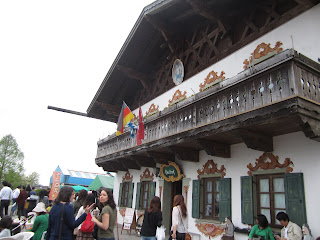 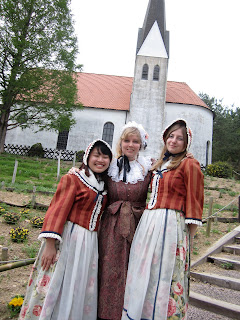 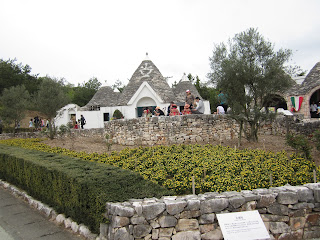 Italy in the distance 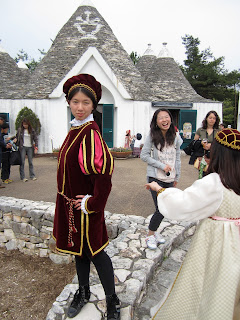 My friends dressed up as a prince and princess in Italy. Or was it Romeo and Juliet... 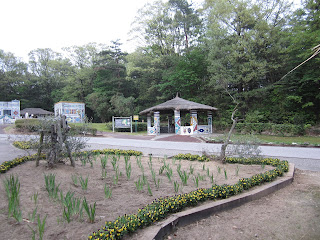 On the way to Africa 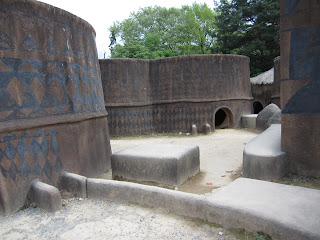 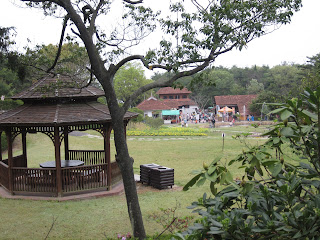 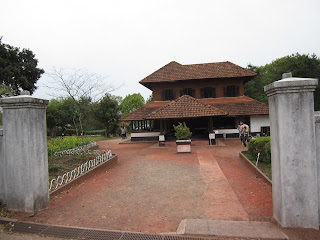 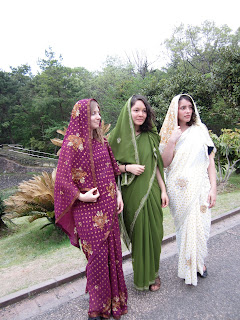 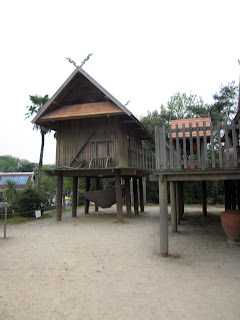 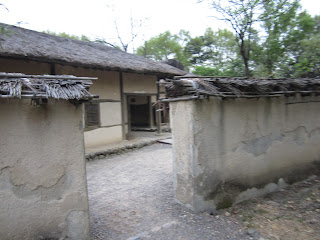 A glimpse of Korea 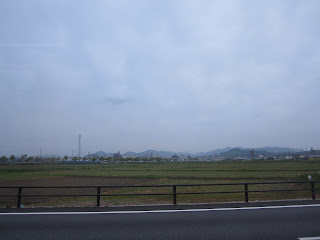 After Little World, my day was not done - I hopped on a train and headed to Komaki, Ayame's hometown. 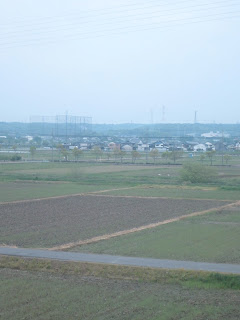 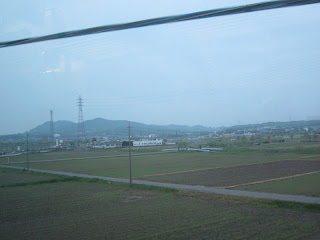 Ayame's family had invited me to a BBQ at their house, and I accepted. It was DELICIOUS. Nothing wrong with some good meat on a fire, that's for sure. I talked with Ayame's dad in English a lot that night, per Ayame's request - he's an English teacher and I imagine he doesn't come across native speakers too often. We had a lot of discussions - friendly guy, good English, and a knack for conversation. Ayame's mom was also really nice, and I got along well with everyone else. Ayame's boyfriend was there, who I met for the first time, and it was just a really nice gathering with delicious food and cocktails and I really enjoyed myself. 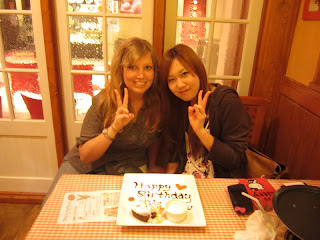 The following day, I went out with Ayame to lunch for her birthday. We ate at a buffet and they gave her a brownie and ice cream for having a birthday! Great. Great. 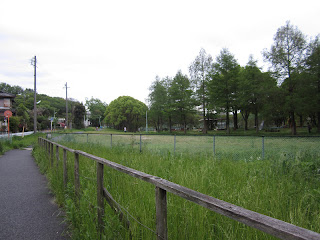 And this is a picture of the park I walk past on my way home from Nanzan. I just really like fields.

Sorry I didn't put a lot of emotion into this post, but I wanted to let you guys know what I've been up to.

I'll be returning to the states in two and a half weeks. I seriously can't believe it. I knew from the beginning, before I even came to Japan, that at one point I would be saying, "I can't believe how fast time has gone, I'm already going back home," and I STILL can't believe it. I remember the first four months really well for some reason, but the last four months have been a blur. I remember being busy with school and having a few festivals and going out but it just went so FAST. I know that's how time works but, damn. It's crazy.

I remember arriving here like it was yesterday, I remember seeing the shore of Japan for the first time ever, far above the ocean in an airplane. I've seen and experienced so much. I love Japan and the friends I've made here and how far my Japanese had developed. I've really grown and changed.

But I guess you'll see that for yourselves in a few weeks!

H. Alt On the Web

The other day I made a popular post on an Ask Reddit thread that asked American teachers abroad what the craziest thing their students thoug...